This recipe is taken from Olia Hercules book Mamushka.  Olia is a celebrated food writer who now lives in London but her family are back home in the midst of the horrific invasion.  Along with her friends Alissa Timoshkina, food influencer Clerkenwell Boy & the NEXTGen London team led by Layla Yarjani, they have collaborated to raise much needed funds to support the children that are being effected by this war.

Apparently when Olia was a little girl her Mother would often create this cake or Biskvit when they had a craving for sweetness. I selected this recipe to show our support for #cookforukraine as I have so many memories of creating countless Dorset Apple Cakes when I began my catering career as well as selling bakes at the local farmer’s market.  The method is similar to the fatless sponge we often include in our Introductory AGA cookery classes but it is served as a traybake rather than a Swiss Roll.

During March and April, for every bowl cover that we sell from our online shop, we will donate a £1 from the profits towards the #CookForUkraine Fundraising for Unicef UK who work to keep children worldwide safe from danger.  This donation will be made to Charity Registration No 1072612

For this recipe by Olia Hercules that serves six, you will need…

Preheat a conventional oven to 180 C

Olia suggests that you butter a 22 cm cake tin with a removable base, but on this occasion I wanted to make a traybake so simply used a Swiss roll tin or AGA half size baking tin.

Sift the flour and cinnamon and then gently fold into the mixture in a figure of eight.  I prefer to do this in three batches.

Spread the apples on the base of the buttered tin and then spread the cake mixture on top.

Depending on your stove, cook for 25 – 35 minutes, until golden and risen well. Dust with icing sugar to serve. 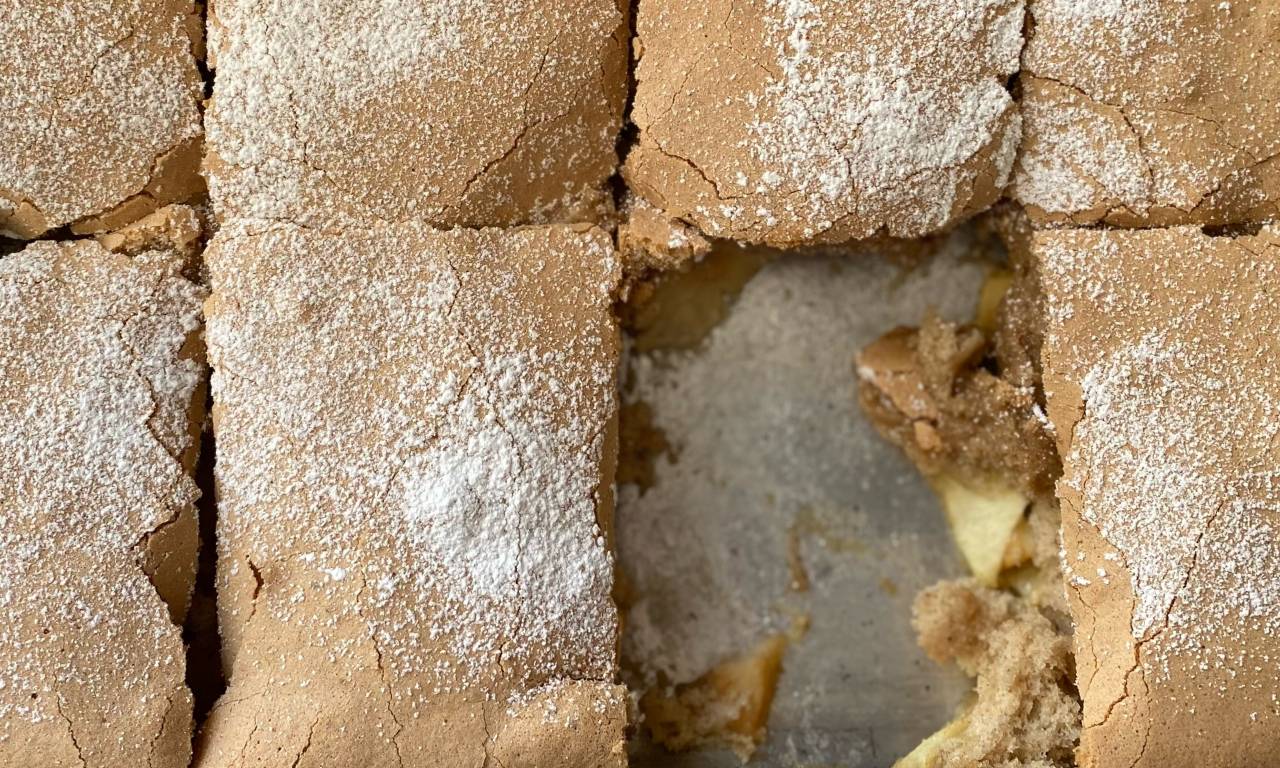