It was a glorious day for the 1st April.  Finding it hard to concentrate in the office, I sneaked outside for an hour and planted the broad bean plants that had been sown in the green house last year. During the warm spell in February I potted them on into larger pots and tucked a spare bean into each for good measure.  The plants are already flowering and have been carefully ‘hardened off’ for the last couple of weeks.  Bringing them out each morning and then popping them back in to the green house each evening to acclimatise to the weather.  I have been told that I like to make work for myself as the autumn variety of beans can easily be sown direct and withstand the winter weather.  But, I opted for this method because at the time of planting, we had some cockerels that were allowed the run of the garden and I was sure that they would scratch up the beans.

There is bound to be a frost tonight and I have covered the plants with a layer of fleece to give them some protection. Hopefully by the end of May we should be harvesting broad beans to add to a salad or risotto. 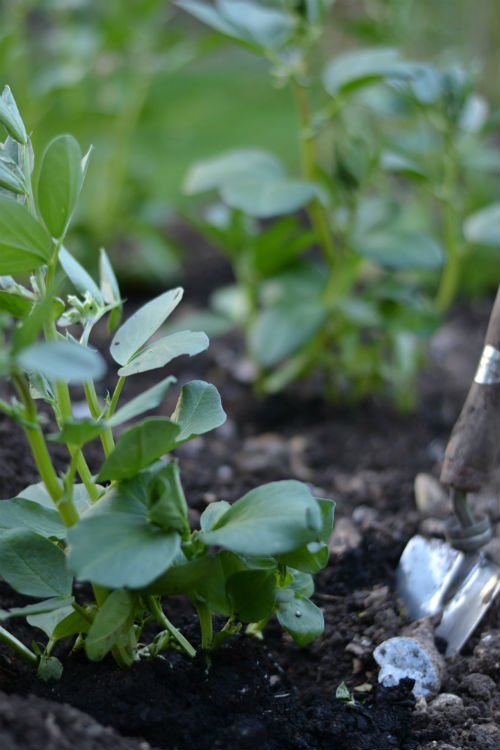